Home > Learn About the Contributions of Rehomed Heroes > Rusty 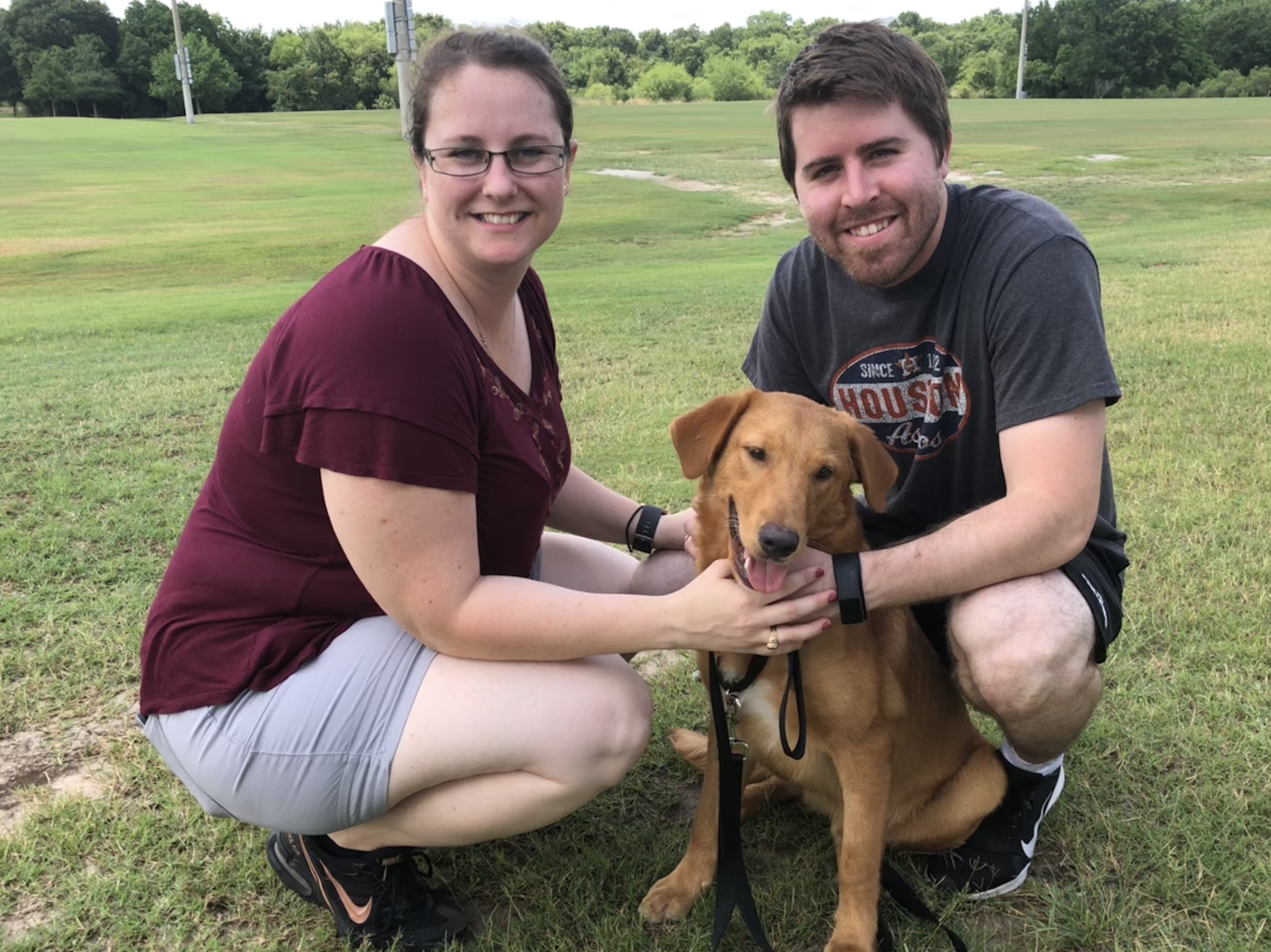 Rusty (formerly Brulee) was adopted recently by Brianne and Chris. Rusty is an unaffected male from a colony of dogs that helps researchers develop treatments for people and dogs affected with Duchenne Muscular Dystrophy. Brianne is a school teacher and happy to have the summer off to hike trails and play fetch with Rusty – his favorite game in the world! He will also get to spend plenty of time in his new baby pool over the summer months!

Update from Brianne and Chris: Rusty is doing great! He met several new dogs over the weekend and does great in cars, though he is still getting used to loading and unloading. We are working on teaching him new commands too. Lucky Dog on YouTube has helped. Rusty is definitely getting spoiled by us and getting a lot of love! Thanks for giving Rusty a loving home, Brianne and Chris! Enjoy!