Home > Learn About the Contributions of Rehomed Heroes > Gunner 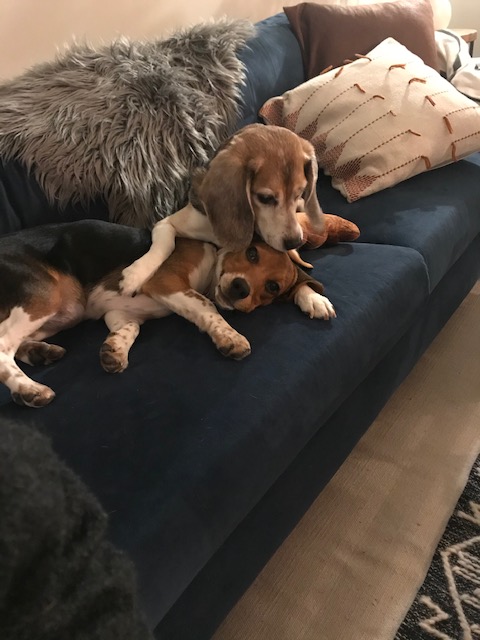 Nicole says of her hero, Gunner, “He helped with PK and respiratory studies before I adopted him. He’s playing with his little sister, Pepper (a rescue) in this photo.”

Thank you for sharing the photo. It looks like the Beagle couch takeover continued coast to coast!